It's that time of year again when we look back onto the past year and revisit our favorite blues albums of 2018. What's nice about this list is that it is a collaborative effort of almost all of our 20+ DJs here at BluesMusicFan Radio.

Every year it is difficult to cull 400+ blues album releases into a "final" top 20, but THIS year was really tough. I think every one of us who participated in this list had real regret on some of the cuts that were made to our individual lists in order to arrive at the collaborative list. But on a positive note, by looking back at the offerings, we also got to reevaluate some works we may have overlooked and get them some air time.

So we hope you enjoy our choices - we know that they won't be agreed with 100%, no list ever has that kind of consensus. ~Jordan 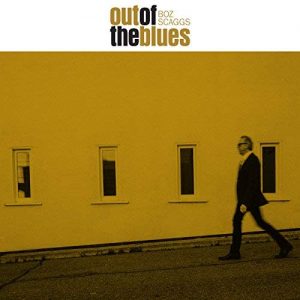 1
Boz Scaggs - Out Of The Blues

Boz’s last few albums have made distinct turns (or returns) to blues and this final piece of the trilogy, Out Of The Blues clearly encompasses the roots, as well as the fruits, of the blues. His soft-spoken tenor is a little more ragged around the edges now, lending authenticity to its bluesy vibe. The blend of new tunes with older works result in a finished product which celebrates the past as well as the present of the genre and has earned the top spot in BluesMusicFan Radio’s Top 20 Blues Albums of 2018! 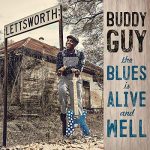 2
Buddy Guy - The Blues Is Alive And Well

Nothing negative can be said about The Blues Is Alive And Well. A solid collection of songs, Buddy Guy performs with vitality and his singing and guitar playing are at his absolute best. Also appearing on The Blues Is Alive And Well are guest musicians Jeff Beck & Keith Richards (“Cognac”), James Bay English (“Blue No More”) and Mick Jagger (“You Did the Crime”). The caretaker of the blues heart, Buddy Guy shines on this must-have CD, our #2 of the Top 20 Blues Albums of 2018. 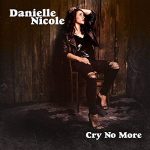 Danielle has the blues in her soul and it shows in her latest solo release Cry No More. Clearly at the top of her game, Danielle demonstrates a great mix of blues stylings with every track a winner with a story to tell. “Save Me” finds Danielle teaming up with Kenny Wayne Shepherd on guitar. Other collaborations include outstanding musicians like Walter Trout and Luther Dickinson. Cry No More is filled with classic performances, and is well worth owning. 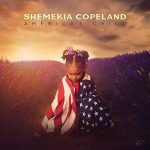 Shemekia Copeland, daughter of Texas blues legend Johnny Copeland, hits her stride with force on this release. Not holding back, she blasts hate in all forms with “Ain’t Got Time For Hate,” as well as pays tribute to her roots with “In The Blood Of the Blues.” Once you give it a listen, it's obvious why America’s Child is included as one of our top four albums of 2018! 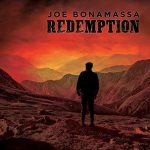 One of the most prolific artists of the blues world has released his 13th studio album. Bonamassa's album Redemption has something for everyone. There is a sampling of his usual blues rock as well as soothing ballads to be had. Full of original blues songs and diverse in guitar styles, Redemption rated very high on this year’s Top 20 list! 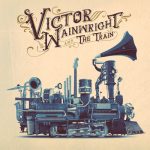 Victor Wainwright’s 2018 release is no major departure from the previous excellent recordings with The Wildroots, but does represent a kind of paring down to basics. The Train is configured with four members as opposed to the nine members in The Wildroots. Listeners will find this album rolls nicely from rocking honky-tonk boogie tunes such as “Train” and “Boogie Depression” to the jazzy Allman-like jam on “Sunshine” and the soulful ballad “That’s Love to Me”. A special treat was “Thank You Lucille,” a heartfelt tribute to the late B.B. King with Mike Welch guesting on guitar. 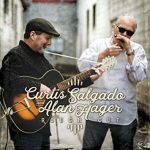 Curtis Salgado rarely puts a foot wrong - every music project that he has undertaken is a gem. This album, Rough Cut, is no exception. A bit of blues, soul, country, Americana, with a smattering of rock, Curtis and Alan send you sliding through a head-bobbin’ musical pilgrimage. Curtis with his harmonica, Alan with his slide work - it just doesn’t get better than this. A playful and entertaining album that we are happy to include amongst our top 20 albums of 2018. 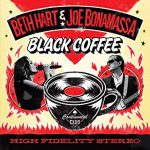 The third cover album from the great pairing of Beth Hart and Joe Bonamassa is called Black Coffee. Released in January 2018, it features such great blues songs such as Edgar Winter’s "Give It Everything You've Got," Etta James’ "Damn Your Eyes," and Lucinda Williams' "Joy.” Black Coffee features ten tracks with the deluxe version including an extra track, "Come Rain Or Come Shine." Beth Hart's raw, hard-hitting vocals, alongside Joe Bonamassa's driving guitar, is a special delight. 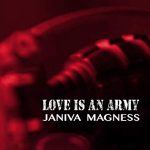 9
Love Is An Army - Janiva Magness

As a seven-time BMA winner with over two dozen nominations to her credit it would be easy to add Janiva Magness to this list, just based on past performance. Let there be NO misunderstandings here. Love Is An Army deserves to be on our list of Top 20 Albums of 2018, and is a without a doubt a “must-have” for any blues fan. The power and down-home tempo of "Hammer" is just one example of this truth. This track also shows just how well Ms. Magness’ vocals can stand up when matched with the talents of other performances like Charlie Musselwhite and his outstanding harp. "Love To A Gunfight" is a great track where her vocal talent not only holds an undeniable bared-to-her-soul sound, but also holds steady against the slick and smooth blending of organ and steel guitar. 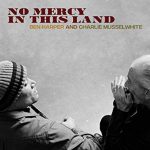 10
Ben Harper & Charlie Musselwhite - No Mercy In This Land

Harper and Musselwhite are an inspired musical pairing. The old adage that “the sum is greater than its parts” was never more true than with this year’s release of No Mercy In This Land. Having enjoyed successful careers on their own, both artists clearly demonstrate a real magic in their collaboration. Tunes range from the spare and elegant “Love and Trust” and “Trust You to Dig My Grave” through straight-ahead blues stompers “Bad Habits” and “The Bottle Wins Again” to the haunting “When I Do” and the title tune, “No Mercy in this Land.” It’s a great listen from two blues masters. 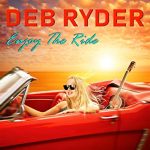 Enjoy The Ride by Deb Ryder is an amazing album. Deb has put together a tight band with a killer groove. It’s great to hear guest artists Coco Montoya, Debbie Davies, Johnny Lee Schell, Kirk Fletcher, and Chris Cain really kick it out. Mike Finnigan just smokes every tune on this album. It is hard to decide what the “go-to tune” is on this album, they are all fabulous. Enjoy The Ride is a great musical journey and worthy addition to our Top 20 Blues Albums of 2018 and your album collection. 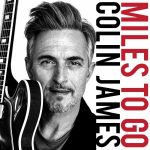 Miles To Go is the latest studio album by Canadian blues artist Colin James. Released in September 2018, it is James’s 19th album and is noted as “an ambitious sequel to the critically-acclaimed “Blue Highways,” which sees James getting back to the blues for which he is known. Miles To Go consists of nine new and creatively crafted covers of some of his favorite blues artists including Howlin’ Wolf, Muddy Waters and Robert Johnson among others. This album proves the staying power of blues music and Colin James, reaffirming his place as a relevant and articulate bluesman. 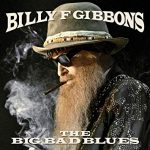 The master of straight ahead, raw blues rock has bestowed upon us a gem in his new release, The Big Bad Blues. Going back to his pre-ZZ Top days, Billy has always been a bluesman at heart. returning to his blues roots with seven new songs and four classic blues covers. “Missin’ Yo’ Kissin’” will be a favorite track -- who doesn't like a frantic make-out session? You won’t regret adding The Big Bad Blues to your album collection! 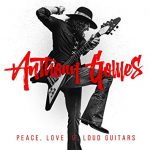 Anthony Gomes is a Canadian blues and blues rock guitarist, singer and songwriter. Since his 1998 debut album, Blues In Technicolor, Gomes has established himself as a preeminent bluesman. His latest offering, Peace, Love and Loud Guitars, has cemented his reputation as a rocking, versatile and talented artist. From the opening track “Come On Down,” a tribute to B.B. King, to the soft, soulful final track “Take Me Back Home,” this rocking album will more than satisfy every blues rock lover out there! 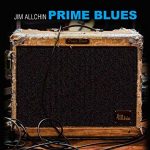 Jim Allchin released Prime Blues in September, 2018, working with Grammy-winning producer, songwriter, and drummer Tom Hambridge. The 14 new tracks starts off with a bang, with "Give It Up", "Devil Don't Sleep", and "Voodoo Doll" His guitar is melodic without heavy shredding, and his voice has been compared to Steve Miller. To add to the mix, he brought in special guests Mike Zito, Bobby Rush and The Memphis Horns. Allchin pokes fun at our obsession with cell phones in "Tech Blues." Prime Blues is an album that will be treasured for many years for the variety of styles and songs. They had a good time on this album, and you will too. 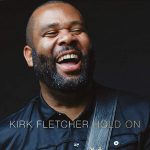 It is no surprise the release of Hold On by Kirk Fletcher, is in our Top 20 Blues Albums for 2018. With a soul-filled ensemble, Mr. Fletcher brings the heat on “Sad Sad Day” and knows exactly how to slow it down, to put you in the mood with his title track ”Hold On.” If you are looking for inspiration to bring you “Two Steps Forward” into 2019 be sure to add this to your collection! 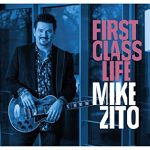 From the very first opening percussions in "Mississippi Nights", it is obvious that Mr. Zito is reclaiming his blues roots with First Class Life, his 15th album. The bass line in this track is slick and nothing short of fantastic, Zito’s talent keeps this track jumping from beginning to end. Strong vocals bring out the mood of every track on this album, most especially "Old Black Graveyard.” This track is so expertly crafted it is almost haunting to listen to. In short, First Class Life proves Zito’s songwriting talent and his ability to pull raw emotion from his listeners. It's everything a blues album should be. 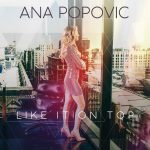 Ana Popovic, the Serbian Mistress of the Blues, teams up with producer Keb’ Mo’ on her latest release, Like It On Top and brings the funk and blues like only Ana can! From funk stylings “Like It on Top,” “Sexy Tonight” and “Funkin’ Attitude” to slow sultry blues with “Slow Dance” and “Honey I’m Home” Ana brings her “A” game on this release! 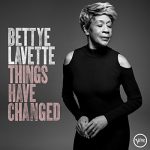 In her tenth album, Bettye Lavette doesn’t merely cover the tunes of Bob Dylan. She re-invents them, infusing the better-known as well as the more obscure of Dylan’s tracks with all her 72 years of hard living experience and lessons learned. Bettye has never been better as she is on Things Have Changed! 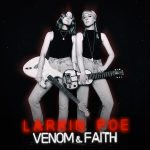 Jam packed with energy, Larkin Poe rounds out our Top 20 Blues Albums of 2018 with their latest release, Venom & Faith. With smoking hot guitar and vocals that make you want to shake your hips, Larkin Poe is more than “just” great blues; these Ladies are doing what many try and fail. Venom & Faith bridges the gap between mainstream pop music with hint of outlaw country and down right awesome blues. 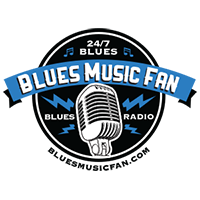